This is not a political blog.  Plenty of those around for your reading pleasure.

But when stuff like this happens it just shows how our government and leaders can say anything and expect us to believe it.  Let me just get you updated quickly on this story. 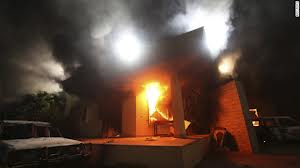 More political jive?  A cover-up by the government? Focused more on getting re-elected or on protecting our nation?  Americans are dead.  We continue to believe that we can control/influence this region of the world.  Unfortunately our efforts have had no impact and this entire region is on the brink of disaster.  What are we doing?

Please let me know what you think by posting your comments below.