Moneyball: The Art of Winning an Unfair Game is a book by Michael Lewis, published in 2003, about the Oakland Athletics baseball team and its general manager Billy Beane. Its focus is the team’s analytical, evidence-based, sabermetric approach to assembling a competitive baseball team, despite Oakland’s disadvantaged revenue situation. Sabermetrics is defined as “the search for objective knowledge about baseball.” 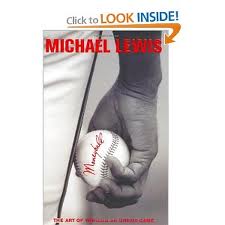 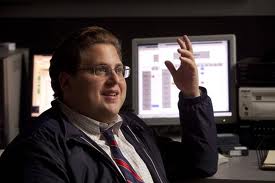 The central premise of Moneyball is that the collected wisdom of baseball insiders (including players, managers, coaches, scouts, and the front office) over the past century is subjective and often flawed. Statistics such as stolen bases, runs batted in, and batting average, typically used to gauge players, are relics of a 19th century view of the game and the statistics that were available at the time. The Oakland A’s’ front office took advantage of more analytical gauges of player performance to field a team that could compete successfully against richer competitors in Major League Baseball.  Big city teams such as the NY Yankees, Boston Red Sox and the NY Mets have consistently outspent small market teams over the years.  Oakland has been quite successful with this new strategy and many other teams have now adopted this analytical approach to measuring the impact a player can have on the team.

With the exception of the Boston Red Sox, all other teams have plenty of seat supply that they are trying to sell.  The Red Sox have a major league record of 712 consecutive sellouts, with no empty seats dating back to May 15, 2003.  Red Sox Nation is alive and well.  Today the ticket prices are essentially the same for all games with the exception of promotional programs run by the teams.  But this is about to change.

I have recently been doing some analysis of sports marketing and came across a trend that will forever change how a ticket is priced for a major league game. New technology enables MLB teams to offer “demand based pricing” for available tickets.  We have seen this approach for many years with airline tickets and hotel rooms but now it is coming to a stadium near you.  Two companies are leading this revolution for sporting events – Qcue – www.qcue.net and Digonex – www.digonex.com.

The Oakland A’s applied advanced analytic capabilities to find the “diamonds in the rough” and out maneuver other teams for lower priced talent, enabling them to be more competitive with the big market teams.  Qcue and Digonex provide very sophisticated algorithms to analyze real-time sales data and other external factors to generate sales and revenue forecasts based on various pricing strategies. Once approved, price changes are pushed to ticketing systems which process the changes at the point of sale and across all channels.

How does this impact you?  For example, seats for the Milwaukee Brewers three-day stand against the Kansas City Royals in mid-June are all selling for about the same price right now — $12 to $51 apiece. But as those games draw near, the Royals will bump prices up for the contest that will feature Brewers ace pitcher Zack Greinke, who won a Cy Young Award while hurling for Kansas City in 2009.  As you can imagine their will be many “attributes” that will impact ticket pricing, either up or down.  These include former players returning to face their former teams, think Albert Pujols playing in St. Louis again, or a marquee pitching match-up, such as Roy Halladay against Tim Lincecum in San Francisco or a game that is critical to winning a division or wild card late in the season.  The flip side of this is that pricing for games without this type of hype will be priced more cost effectively.

Here are just a few of the MLB teams that will be utilizing Qcue’s service this season: